Will Cannon does more to sequester carbon than the average U.S. farmer.

After he harvests his corn and soybeans, he plants cover crops, which sequester carbon all winter long, on his entire 1,000-acre operation in Prairie City, Iowa. He's avoiding tilling, or plowing, his soil as much as possible, which helps keep carbon stored in the ground.

"I've kind of had a passion for conservation all my life," he says. "We've always been pushing the envelope on what we're trying to do."

Cannon is getting help to finance this climate-friendly way of farming, which costs him thousands of dollars for additional machinery and seed, from the kinds of companies that ultimately buy his product. Footing the bill in his case is PepsiCo and Unilever, which own food brands ranging from Lay's and Gatorade to Hellman's and Ben & Jerry's.

This kind of cross-supply chain partnership could become increasingly common. A consortium of 12 food companies, including Mars, PepsiCo and McDonald's, announced a plan to scale up the amount of regenerative farmland. The plan was released just days before the 27th Conference of the Parties to the United Nations Framework Convention on Climate Change (COP27) in Egypt.

While the practices regenerative agriculture encompasses are nothing new, it's becoming an increasingly popular climate change mitigation tool, especially among mega food corporations.

"I think [regenerative agriculture] has a tremendous but under-tapped opportunity to have a major impact on climate change," says Jim Andrew, PepsiCo's chief sustainability officer.

The food system accounts for a third of global greenhouse gas emissions and the private sector largely controls that system. Corporations, including Mars and PepsiCo, have made commitments to net zero greenhouse gas emissions. But the industry is inextricably tied to emissions, with an enormous, multi-million ton carbon footprint. Part of that stems from rampant deforestation. The corporate food industry also relies heavily on plastic packaging — another big source of emissions.

"They're invested in the system which generates greenhouse gas emissions, and essentially they are trapped by the need to continue to not only be profitable, but to grow their profits," says Ricardo Salvador with the Union of Concerned Scientists.

This isn't the first regenerative agriculture commitment PepsiCo has made. Last year, the company, which earned $9.7 billion over the past year, committed to converting its entire 7 million acre agricultural footprint to regenerative practices by 2030. The company says that will eliminate at least 3 million tons of greenhouse gas emissions. Most of the farmland in that footprint grows potatoes, whole corn, oats, and oranges

In its first year, PepsiCo inched only 5% of the way through that goal, enrolling 345,000 acres in its various regenerative agriculture programs.

Still, Andrew is optimistic. While he won't reveal 2022 acreage yet, he calls it "a decided step up."

Currently, only 15% of global farmland is cared for using regenerative practices, according to the new action plan and report from the Sustainable Markets Initiative (SMI). The group says that number needs to scale up to 40% by 2030 in order to keep global warming to 1.5 degrees Celsius, as laid out in the 2015 Paris Climate Agreement. And that won't be easy, especially given the current global agriculture market.

"The commodity system tells [farmers]: Yield at all costs," says Sarah Carlson with Practical Farmers of Iowa. "And yield at all costs means that Mother Nature then pays. Climate change is her telling us: No more."

Converting to regenerative agriculture is a financial risk for farmers. It can cost tens of thousands of dollars to buy new equipment and additional seed, fuel and labor. And in its current state, the commodity crop market doesn't provide incentives to incur that cost.

"We need to invest in those farmers to de-risk that transition," she says. "I do think that companies have a huge role to play in making a big shift on the landscape."

That could manifest in a number of ways, but Carlson says one of the most effective would be to bake it into procurement contracts. In other words, the onus would be on the company to buy an ingredient (corn, rice, potatoes, etc.) only if it was grown using sustainable practices.

"That's absolutely an essential part of this plan," says Grant Reid, outgoing CEO of Mars and chair of the SMI taskforce.

The plan, while lacking in specificity, lays out five general strategies to financially incentivize farmers to transition to regenerative agriculture. The strategies range from direct payments to farmers to encouraging governments around the world to commit policy and public money.

Reid, former chief procurement officer for Mars, says another strategy is to change the way companies buy their products.

"We used to buy a spec against the quality and price," he says. "Now I think we need to have our sustainability teams and our procurement teams working closely."

"There's no one size fits all, right?" he says. "There's not one crop, one company, one country that's identical. So you can't be too prescriptive."

But that lack of precision could make it difficult to track the coalition's climate progress. Especially because there's no standardized definition of regenerative agriculture. There's no step-by-step guide or menu dictating what constitutes a regenerative farm.

"We're satisfied so far when somebody tells us that they're using a regenerative practice, say, reduced tillage or cover crops, without then asking the question: How do you know that? What is the actual, quantifiable, verifiable result?" says Salvador with the Union of Concerned Scientists.

In other words, there's no standard for how much carbon is sequestered on one acre of cover crops, for instance. That number will vary by region, crop and farmer.

"In addition to being verifiable, it needs to be permanent," says Salvador. "Because if it's not permanent, then in essence it's not really helping us with climate change."

Despite his cautionary notes, Salvador acknowledges the important role of private industry in scaling up regenerative agriculture across the food system.

Ultimately, if the world wants more farmers to farm like Will Cannon, food companies need to send those market signals. While most of his farming neighbors still look at him and his untilled ground funny, Cannon thinks that could change if the private industry keeps putting their money where their mouth is.

"As farmers, we've got to offer a bountiful crop again in the future, and I'm hopeful for the seeds that a lot of these companies are trying to plant right now," says Cannon.

A previous version of this story said the coalition of major food companies plans to nearly triple the amount of regenerative farmland over the next eight years. That is not their plan, instead that is what would be required to meet goals in the Paris climate agreement. 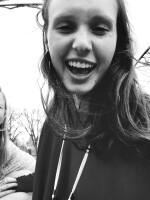 Dana Cronin
Dana is working towards a degree in Environmental Science, Journalism, and Spanish at Colorado College. She is a true Northern California native hailing from the Napa Valley. Running, hiking, and nighttime bike rides are her favorite outdoor activities, and most of her time indoors is spent catching up with her latest TV show, learning a new song on the banjo, or dreading cooking dinner.
See stories by Dana Cronin