KSJD's 89.5fm signal in Rico (KICO) is currently off the air due to technical issues
KSJD

Three members of the Montezuma-Cortez RE-1 School District Board signed a petition supporting a district-funded recall election for Lance McDaniel, the school board member representing District A, according to an open records request filed by KSJD News.

A full list of petition signatures released by the Montezuma County Clerk’s office includes school board President Sherri Wright, Vice President Sheri Noyes, and Treasurer Tammy Hooten. They were among the approximately 1,300 accepted signatures supporting a recall election against McDaniel, who has been under fire for his activity on social media promoting progressive causes.

Last week, the Montezuma County Clerk’s office set the election for Feb. 16 along with a Jan. 8 deadline for successor candidate petitions. All voters within the school district can vote in the recall, regardless of which director district they fall under.

Estimates of the election’s cost range from $13,000 to $26,000, according to Montezuma County Clerk Kim Percell. In an email to KSJD News, Percell said estimating the election’s expenses is tricky due to several variable factors, including the number of voters, postage, printing costs, and election judges. However, she expects the total to land around $20,000. The district will be responsible for covering the election’s full costs.

In an interview with KSJD Thursday afternoon, Wright confirmed that she had signed the petition but declined to share further details about her justifications. Before abruptly ending the call, she said that she preferred not to be quoted for anything because news coverage of the issue would be “just stirring up community angst,” which she said she was “trying to avoid in all ways possible.”

In an interview Thursday afternoon, McDaniel told KSJD that learning Wright, Noyes and Hooten had signed the petition was not surprising to him, but he did not elaborate. As for the cost of the election, he says anyone upset by it should not have brought on the recall in the first place, especially since he will be up for reelection in November 2021.

“I don’t think it’s money properly spent and I think it’s a waste of time,” said McDaniel, who ran unopposed in November 2019 to fill out a term to which he was appointed the year prior.

McDaniel maintains he will not resign to avoid the election and its costs on the district, believing he has to stand up for his First Amendment rights and for those who share his views. If he remains on the board after a failed recall, McDaniel says he is committed to continue working with the other board members.

“The board meetings have been, on the whole, professional,” McDaniel said. “There’s been no friction as far as issues involving the school district.”

Though the board has not directly addressed the recall election at its meetings, Hooten, Noyes, and Wright have indirectly expressed their concern with McDaniel’s social media activity at various points since the summer.

At a discussion in August regarding a proposed board code of ethics, Noyes and Hooten said board members should keep their positions as elected officials separate from their personal opinions when using social media. McDaniel, however, said he saw any kind of effort by the district to restrict the expression of his views as a violation of his First Amendment rights. Wright agreed with McDaniel, and stated that while she hadn’t seen his posts on social media, he should be allowed to express his opinions freely.

However, Wright, Noyes, and Hooten shared their uneasiness about McDaniel’s Facebook posts during a discussion at the end of the board’s September meeting. Noyes and Hooten said they had been receiving public criticism of McDaniel’s posts, and that they were concerned that McDaniel's views could be interpreted as coming from the school board as a whole. Wright also discouraged McDaniel from making further political posts, citing divisions in the country and the need for unity.

The board will cast a final vote on its code of ethics policy at its Dec. 15 meeting. A draft of the document released by the district states, in part, that board members will agree to “encourage the free expression of opinion by all board members,” but also that board members should “take no private action that will compromise the Board or administration.” It also states that board members should “avoid being placed in a position of conflict of interest and refrain from using [their] Board position for personal or partisan gain.” However, a note at the bottom of the document states that there are not any federal or state statutes that govern it.

KSJD’s review did not identify other school board members or administrators who signed the petition. Other signers included Cortez Police Chief Vernon Knuckles, outgoing Montezuma County commissioners Larry Don Suckla and Keenan Ertel, incoming county commissioner Kent Lindsay, and county commission candidate Rebecca Samulski, who was defeated in November’s general election. Lindsay’s signature was rejected due to residing outside of the district. 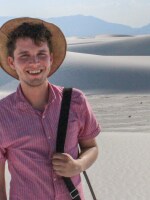 Daniel Rayzel
Daniel is a Michigan transplant to the Four Corners by way of southern Brazil. After years of flirting with trips to the Southwest, he’s finally found a way to combine his loves of public radio and exploring the region by becoming KSJD’s Morning Edition Host and Reporter.
See stories by Daniel Rayzel

Austin Cope
Austin Cope is a former Morning Edition host for KSJD and now produces work on a freelance basis for the station. He grew up in Cortez and hosted a show on KSJD when he was 10 years old. After graduating from Montezuma-Cortez High School in 2010, he lived in Belgium, Ohio, Spain, northern Wyoming, and Himachal Pradesh, India before returning to the Cortez area. He has a degree in Politics from Oberlin College in Ohio.
See stories by Austin Cope