KSJD's 89.5fm signal in Rico (KICO) is currently off the air due to technical issues
News

Wildfire season started abruptly in Southwest Colorado this weekend after a series of lightning-caused fires ignited on Saturday night. The East Canyon fire was reported around 1pm on Sunday afternoon, and was estimated at 2,000 acres with 0% containment on Monday evening.

The fire has been burning mostly pinion/juniper and scrub oak. No structures have been damaged or lost at this time, and all residents that are affected by the fire have been evacuated. A Type 2 incident management team is scheduled to take command of the fire on Tuesday morning.

The Loading Pen Fire is burning on the Dolores Ranger District near Stoner, between Taylor and Haycamp Mesas on National Forest System land about 17 miles northeast of the town of Dolores. It was estimated to be at about 25 acres as of Sunday night. A local forest service Type 3 team is on scene and in command, including the San Juan Hotshots. This fire also also started Saturday evening by lightning and is burning Ponderosa pine and scrub oak.

A small wildfire north of Cahone, the Sharps Creek Fire, was fully contained as of Monday evening, according to Dolores County Emergency Manger Keith Keesling. He said crews from three different fire districts, as well as Forest Service and Bureau of Land management, responded to the fire, which was not threatening any structures, and burned approximately five acres in total. Earlier in the afternoon, nearby residents had been put on pre-evacuation notice, and authorities requested traffic avoid County Road M between U.S. Highway 491 and the Kinder Morgan Plant. All advisories are now lifted, said Keesling.

Aircraft, including helicopters and single engine air tankers, will continue to support fire suppression activities throughout the area. 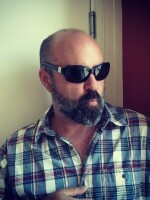 Austin Cope
Austin Cope is a former Morning Edition host for KSJD and now produces work on a freelance basis for the station. He grew up in Cortez and hosted a show on KSJD when he was 10 years old. After graduating from Montezuma-Cortez High School in 2010, he lived in Belgium, Ohio, Spain, northern Wyoming, and Himachal Pradesh, India before returning to the Cortez area. He has a degree in Politics from Oberlin College in Ohio.
See stories by Austin Cope